They are undeniably a marker by which we judge one another, and there’s some real snobbery out there about what section your band is in – it’s one of the first questions many banders ask on meeting a new player, and if the resulting answer is ‘we don’t compete’ it can cause people to back away in horror, labelling your band as no good for anything above the local village fete.

Conversely, other banders dislike the contesting scene and all of the ‘we was robbed’ mentality that goes with a poor result, or have played in the past with bands who contest fiercely and relentlessly all year and so get to a point in their playing career where they never want to do it again.

I’ve heard all the stuff about how working up a contest piece in bar-by-bar detail can improve the standard of the band, but does that really mean we put no effort into all of the other music we tackle throughout the year? For 2020, I intend to put some really challenging stuff in the Lofthouse folders, music we’ll have to work hard on, dismantle, pore over and put back together again in order to turn it into a competent performance.

How is this different from the discipline needed for contest pieces?

I believe it’s my job to run varied and interesting rehearsals which all players can enjoy and get something out of. I’m not for leaving anyone behind because they can’t cope with the technical demands of a given piece – it’s easier to bring people along with you if the programme is mixed, as there can be something in there for everyone. I always aim to end the rehearsal with music that’s within the grasp of every player round the stands so no one goes home disheartened, even if they got a bit lost here and there in one or two of the trickier pieces in the folder. We’re a community band of mixed proficiency, and that’s how we intend to remain.

My aim is to lead a band who give musically enjoyable performances of challenging repertoire in a variety of settings. I want our music to be appealing to listen to as well as to play, and make audiences want to return and hear us perform again and again. This doesn’t mean we nail every last note exactly as written on the page, more that we concentrate on producing something that makes musical sense overall, rather than getting caught up in whether the demisemiquaver run in bar 73 was evenly spaced…

So now we start slogging away at a single piece until the contest in March, perform it once then put it away never to be heard of again but we are already looking forward to the packed schedule of bandstands, community and charity events, and concerts we have got in the calendar for 2020, so hopefully see you there.

They are undeniably a marker by which we judge one another, and there’s some real snobbery out there about what section your band is in – it’s one of the first questions many banders ask on meeting a new player, and if the resulting answer is ‘we don’t compete’ it can cause people to back … 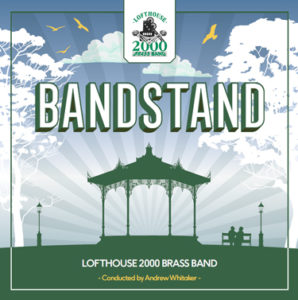 Our New CD – BANDSTAND Earlier this year the band spent a weekend in the bandroom of Hade Edge Band making a new CD, entitled ‘Bandstand’, incorporating a wide variety of music that featured in the bands concerts. The CD is £10 and available at all of our concerts or it can be purchased from …

We are presently looking for a Solo Trombone. If you are interested please email us.
Powered by Popup Zen
We use cookies to ensure that we give you the best experience on our website. If you continue to use this site we will assume that you are happy with it.Close