You are here: Home / News-Item / Brassed Off 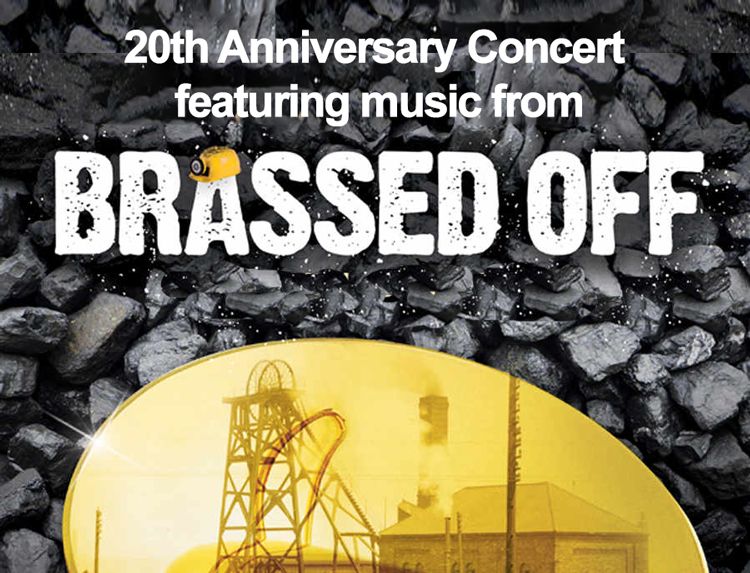 Looking forward to seeing you!

Chances are if you lived in Yorkshire in 1996 and visited the cinema then you saw the now iconic film, Brassed Off. Nominated for a BAFTA award for Best Film Music and featuring the world famous Grimethorpe Colliery Band it was also developed into a stage show which is as popular now as it was 20+ years ago.

Our charity concert this year will be recreating the magic with a specially narrated version of the film as part of their 20th Anniversary Concert at St John’s Church, Wentworth Street, Wakefield on Saturday 5th October at 7:30pm; and as if that’s not enough the special guest this year will be Grimethorpe’s very own flugelhorn maestro Mark Walters – if you thought Tara Fitzgerald was good in the film wait until you hear this fella play !!!!

Wakefield Hospice will benefit from the concert so come along, help the band celebrate their 20th anniversary, and raise some money for a very worthwhile local charity.

We are presently looking for a Solo Cornet, Drummer and Eb bass. If you are interested please email us.
Powered by Popup Zen
We use cookies to ensure that we give you the best experience on our website. If you continue to use this site we will assume that you are happy with it.Close